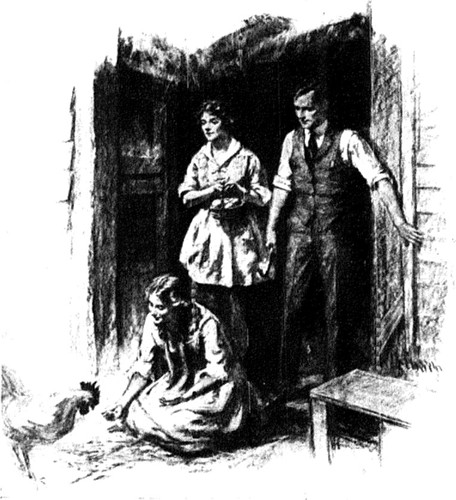 Maria Thompson Daviess was born in Harrodsberg, KY in 1872 and later moved to Tennessee. Born to an affluent family, Daviess was well-educated despite family tragedies of her youth. She had an excellent education at the Nashville College for Young Ladies (which she later said was a hotbed for strictly feminist ideas) and furthered her education in Science Hill School in Shelbyville, KY. She attended art school is Paris and became an author. In 1911, she and fellow women authors formed the Nashville Equal Suffrage League, and she became a leader in the Suffrage movement as well as a broader push for women’s rights.

The Golden Bird reflects Daviess’ dreams of writing silent films. Lively and full of action, her writing is considered part of the Pollyanna School, so it is positive and upbeat, though subtly infused with her feminist beliefs. The book is based on a true event in her life where she tried to raise chickens to help the war effort.

This discussion will be led by James Coliz, Ph.D., formerly a Telecommunications professor, now retired and able focus on his life-long passion for 19th- and early 20th- century literature. He appreciates how carefully they are crafted and how thoughtfully the characters are developed. Dr. Coliz has lead book discussions on regional authors, and for many years, he has had a standing engagement twice a year at the Monterey Depot Museum in Tennessee. Dr. Coliz has his B.A. from Univ. Of Wisconsin, his M.S. From Colorado University, and his Ph.D. from Indiana University. He is a Viet Nam vet, collects fountain pens, and diagrams sentences for relaxation. Although born and raised in the NYC suburbs, he worked his way through his undergraduate years as a farmhand on a Wisconsin dairy farm and likes to think he still could milk a cow by hand if he had to. Jim lives in Louisville with his wife, Donna, where they moved upon his retirement.

Dr. Eileen Yanoviak is an art historian and director of the Carnegie Center for Art and History, a branch of the Floyd County Library.