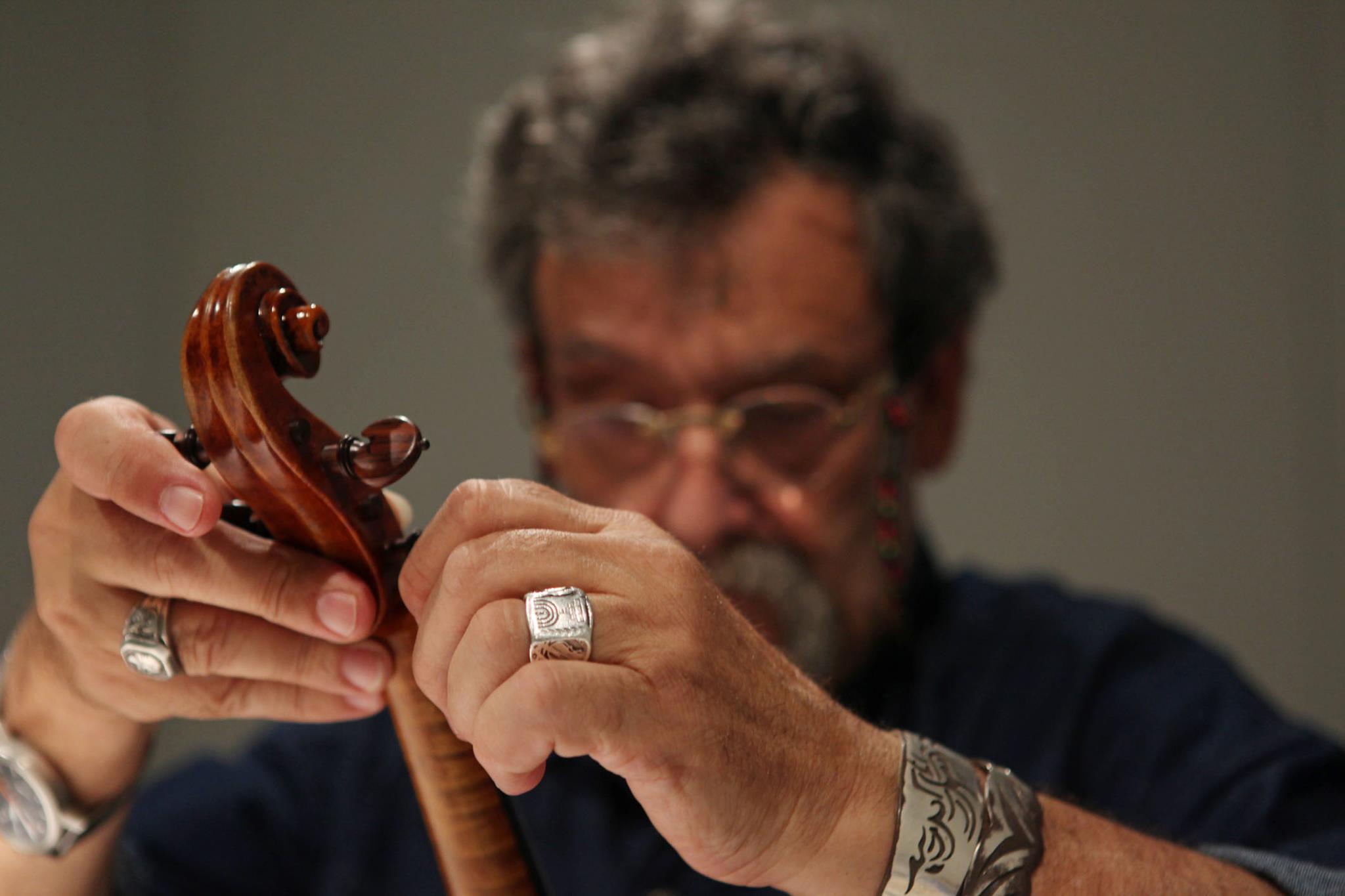 Avshi Weinstein will speak about the Violins of Hope, followed by a short violin performance and audience questions. Free and open to the public, but registration is required.

The Violins of Hope are a collection of more than 50 restored instruments played by Jewish musicians during the Holocaust. These instruments have survived concentration camps, pogroms, and many long journeys to tell remarkable stories of injustice, suffering, resilience and survival.

The Violins of Hope are now giving voice to the horrors of the Holocaust as part of a series of programs being held in cities in Europe, Israel and the United States. The Violins of Hope are being brought to Louisville and southern Indiana to facilitate a community-wide dialog about music, art, social justice and free expression.

Israeli violinmaker Amnon Weinstein has spent the last two decades locating and restoring violins that were played by Jewish musicians killed in the Holocaust. His aim was to restore these violins, working along with his son, Avshi, painstakingly piecing them back together, to hear them played again restoring the memories of the voiceless millions who were lost including the musicians and artists. Today, their voices and spirits live on through the violins that Amnon and Avshi have lovingly restored. Amnon and Avshi call these instruments the Violins of Hope.